With Armed Forces Day 2022 approaching, we connected with Hart’s Head of Support Services and veteran , Gordon Hughes. Having served in the British Army for over 24 years, predominantly with the Close Protection Unit, Gordon has a wealth of experience in special services and a great understanding of the landscape of work after leaving the army. Part of the Hart team since 2015, Gordon transitioned into private security just a year post-service. He initially worked as the Regional Training Manager before taking on the role of Head of Support Services that he still holds today.

What learnings from your time in the military have served you well later in life?

Apart from the usual military training and discipline that forms the backbone of the military, the biggest take away was how to operate in a team and being able to identify that everyone could contribute to a successful outcome. This is where I was fortunate enough to have had great mentors in my career that saw in me, my potential and allowed me to grow through their guidance and progress. I took this lesson forward and when it came time to be a similar position myself, I hopefully provided a platform for others to develop.

“Apart from the usual military training and discipline that forms the backbone of the military, the biggest take away was how to operate in a team and being able to identify that everyone could contribute to a successful outcome.”

What advice would you have to those veterans moving into their next career post-service?

Plan your next steps as early as possible, military service departure can be a ground rush with having to identify a new career path, find a house, schools for the children, register with GPs, dentists, there is a lot to do. Take full advantage of all the Career Transition Benefits your service provides but also look to convert your military skills into civilian qualifications if they don’t already have civilian recognition. Reach out to others in your chosen new profession but realise in the civilian world people are busy so don’t always expect an immediate answer, always better to speak to people you know.

How do you think companies can support veterans when they enter new industries and working environments?

I think companies should not be afraid to ask about their service, many service leavers come with a host of life skills that can’t be listed on a CV, so recognising those life skills can only be known through talking to an individual. We are fortunate within Hart in that we have a team who understand the military as many of us have served ourselves, but we have a good balance of non-veterans to prevent any pre-judged decisions based on a service leavers regimental tie! 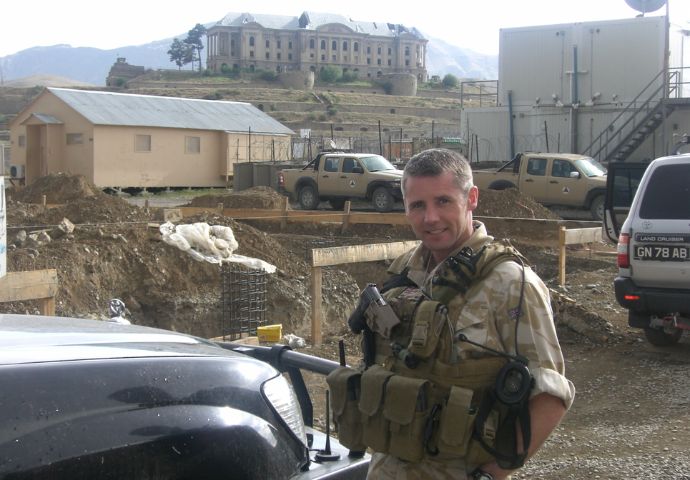 Gordon on an overseas operational tour in 2009

Insight: Choosing Your Second Career After Leaving the Military